Donald Trump and fake Time Magazine covers are nothing new. After all, he had a fake cover hanging at several of his hotels for years, without a mention as to why he did such a ridiculous thing. One would imagine that after it was revealed that the President had such phony covers hanging at his hotels around the country, the last thing the family would want is for this topic to be brought up yet again.  We have all come to expect the unexpected with the Trump family, however.

Friday evening the President’s eldest son, Donald Trump Jr., decided to share yet another phony Time Magazine cover, this time with his Instagram followers. The cover, which you can see below, depicts President Trump with a full beard, wearing what appears to be a Superman-like costume. Instead of the typical ’S’ you’s find across the chiseled chest of Superman, Mr. Trump is wearing a ’T’, clearly representing his last name. The image, which can best be described as incredibly odd, received over 64,000 likes on the social media platform. 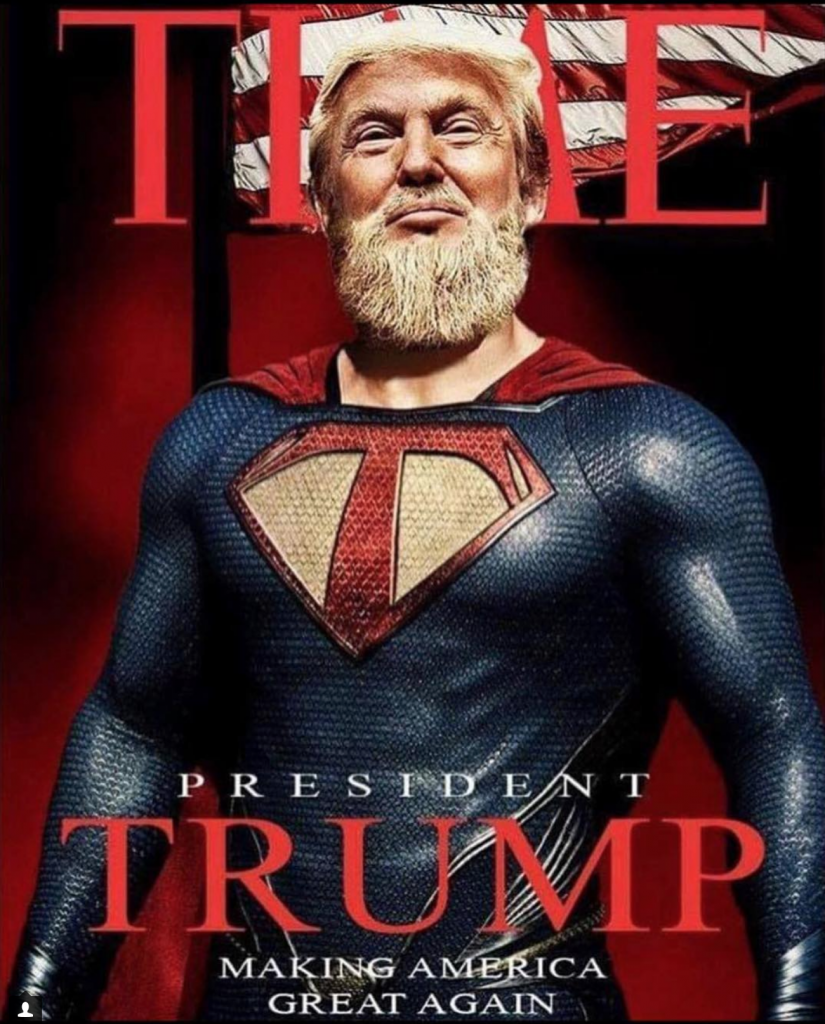 The original creator of the image is unknown, but I must say it does certainly make the President out to be quite physically fit, strong and powerful. I’m sure many American’s don’t feel as though such an image shows the true nature of this man, who seems to tweet more often than he exercises. The only question I have left is, will this phony Time Magazine cover be on display at any of the President’s hotels, and if so, which?

Let’s hear your thoughts on this story in the comments section below.